A methionine manufacturing unit in operation since 2013

This unit was created by the merger between Bluestar and Adisseo and comprises 25 chemical units spread across 45 acres. Ten million hours of work went into its construction .

Adisseo team members came from all of the European sites and from a number of external companies, thus guaranteeing a facility built with optimum safety and environmental protection conditions in mind

Production for the Asia market

The Nanjing plant produces liquid methionine under the trade name Rhodimet® AT88. This production is be absorbed primarily by the Chinese market.

A methionine manufacturing unit in operation since 2013

This unit was created by the merger between Bluestar and Adisseo and comprises 25 chemical units spread across 45 acres. Ten million hours of work went into its construction .

Adisseo team members came from all of the European sites and from a number of external companies, thus guaranteeing a facility built with optimum safety and environmental protection conditions in mind

Production for the Asia market

The Nanjing plant produces liquid methionine under the trade name Rhodimet® AT88. This production is be absorbed primarily by the Chinese market. 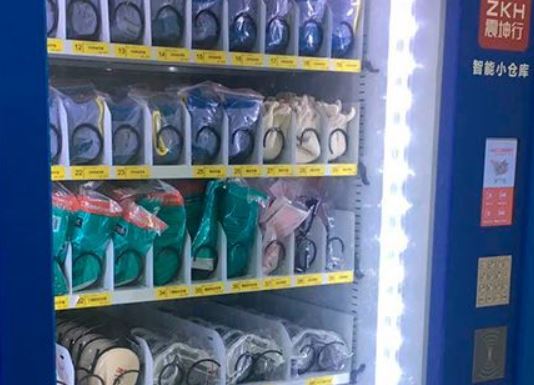 The Nanjing plant has updated its  Personal Protection Equipment (PPE) matrix to reflect the reality of daily tasks within its units and workstation-related risks.

Badged operators can now collect their PPE from an automatic dispenser located in the control room. 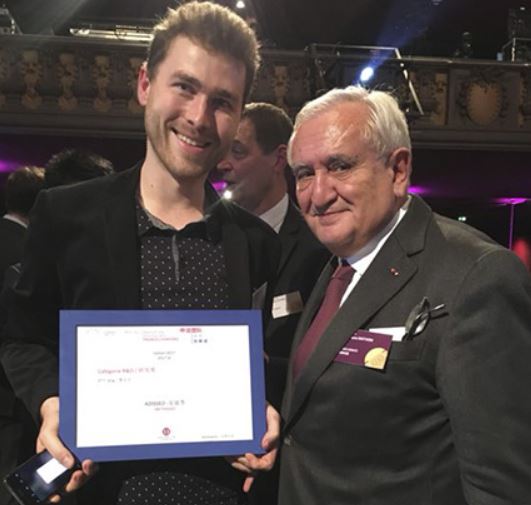 Congratulations to the Nanjing R&D team

The work done by the Franco-Chinese R&D team at Adisseo Nanjing was recognised with an award at the Franco-Chinese Innovation Awards ceremony hosted by the France-China Committee. The METHISSEO (Methionol for Adisseo) project to develop an innovative process for producing methionol, an important aromatic compound, from MMP took second prize in the competition. Methionol is found in significant concentration in the Chinese grain alcohol known as Baijiu (白酒) and in fermented products, such as soy sauce (Kikkoman). The winners were congratulated by Jean-Pierre Raffarin, the former French Prime Minister, and Cédric Villani, French Member of Parliament, and the 2010 winner of the Fields Medal for mathematics. 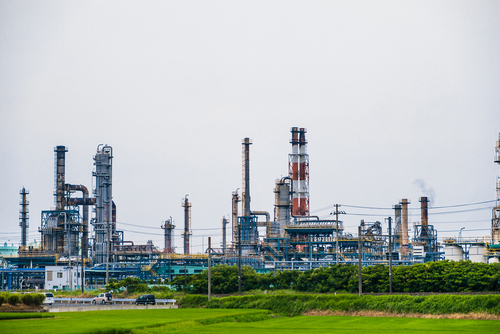 Since 2017, Bluestar Adisseo Nanjing cooperated with a partner to identify the odor source on the plant.

A project  has been launched for reducing  odor emission from the Ammonium Sulphate production, washing and handling units. 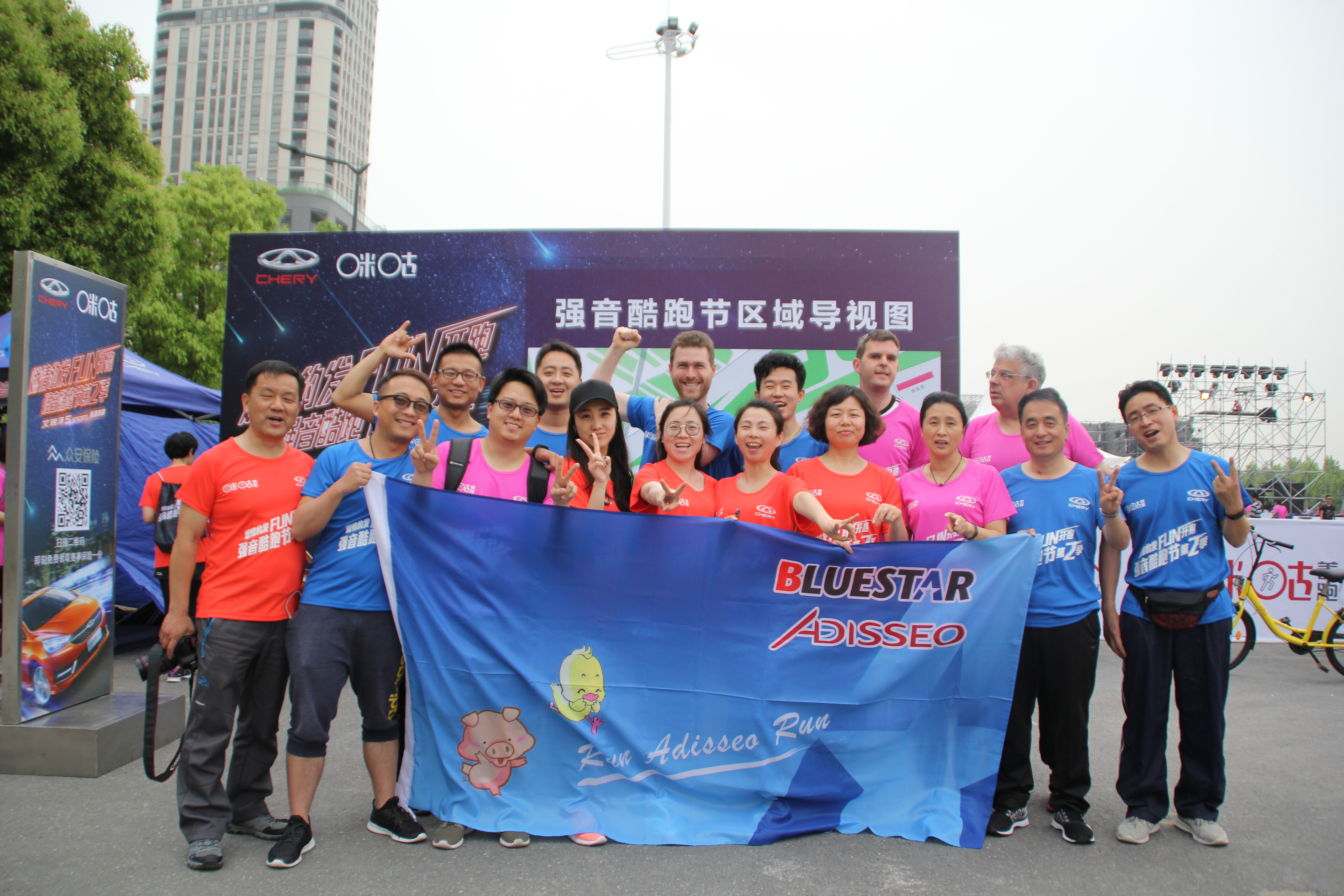 Sixteen employees of Adisseo Nanjing and one retired former employee of the company competed in the 5-km run organised by the Mi Gu Run Organisation. The race is one of a series of events put on every spring in 11 cities across China. It also provided Bluestar Adisseo Nanjing Company (BANC) with a great opportunity to promote its ‘Run for Love’ idea. The competitors raised RMB 8,000 – EUR €1,025 – for local schools.

[Did you know❓] With sales of over €1.69 billion in 2021 and more than 3,900 customers, Adisseo is one of the world's leaders in #AnimalNutrition 🙌
Our vision? 🧐 To feed the planet in a way:
1️⃣ Qualitative
2️⃣ Affordable
3️⃣ Sustainable
4️⃣ Safe
Info ➡️ https://t.co/WS4ZV9Qlj0 https://t.co/BLREvhY6JQ
View on Twitter 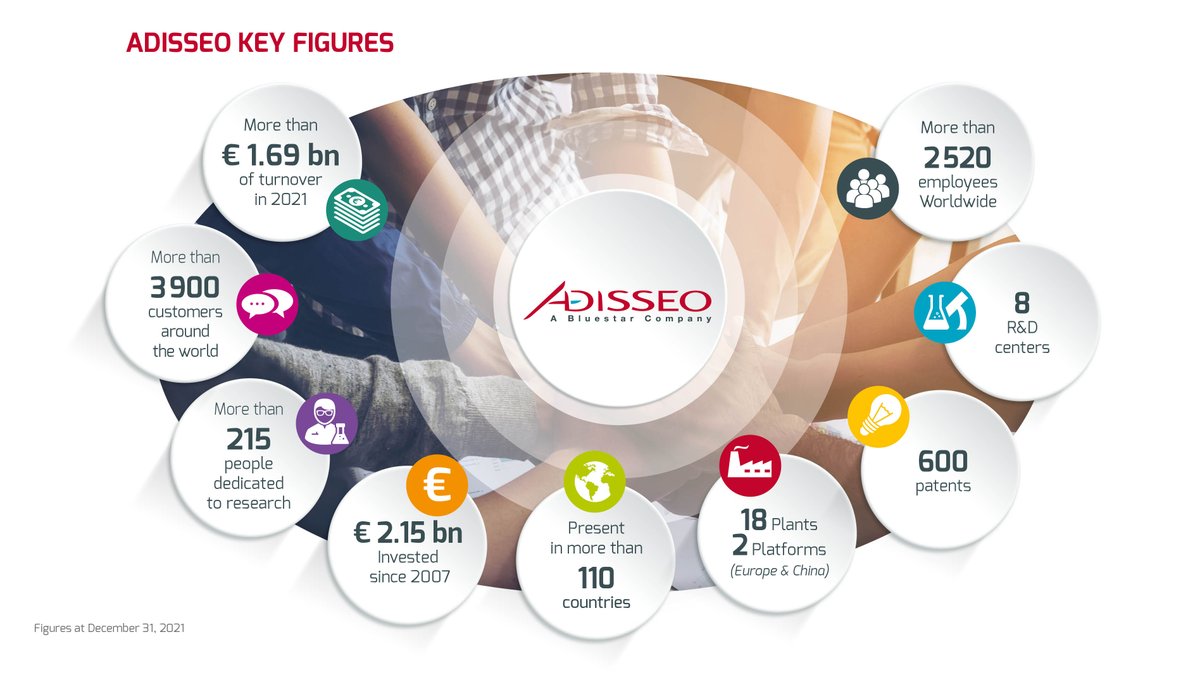 To differentiate the vitamin quality of products:
1️⃣ Fill the beaker with water at 176 °F / 80 °C
2️⃣ Put equal amounts of vitamin A from different brands into the water
3️⃣ Stir the water and mix them for 10s
4️⃣ Wait for the water to settle
👉 https://t.co/Vc4TFWCDmx https://t.co/BLZBxSdRJl
View on Twitter
1
1

[Did you know❓] Rhodimet® AT88 provides 880g of #methionine in the formula per 1kg of product, as well as significant savings and practical benefits for millers and integrators.
Check out for more information ➡️ https://t.co/gPf3ROgW2D https://t.co/lG0u49rU3m
View on Twitter 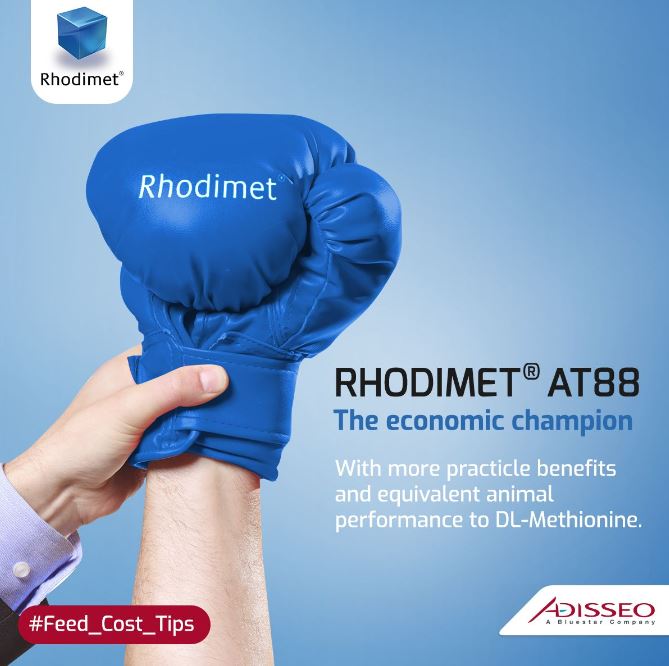 In order for our 2,500 employees to live together in an optimal work environment, we place human #values and #behavior at the heart of our priorities 🤝
Join a human company ➡️ https://t.co/3NL7kdvJuc https://t.co/Rz3mpH0Zgk
View on Twitter
0
2

[Did you know❓] Nearly 1️⃣ billion people in the world suffer from #hunger and #malnutrition...
As a player in the #food chain, Adisseo aims to ensure #sustainable food production systems and implement resilient agricultural practices by 2030.
More info ➡️ https://t.co/7YdQIk1Joj https://t.co/bJAj9sf2lv
View on Twitter
0
3