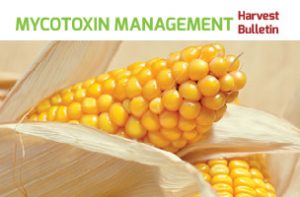 Based on the results of this survey, the 2020 Brazilian corn crop should not automatically be considered safe for inclusion in finished feed rations for all animal species. Special attention should be paid to the medium-level average concentration of FB1 (1275 μg/kg), which was found in 80% of the samples, with a maximum concentration of 16,614 μg/kg. According to the risk assessment table, the average DON and NIV level pose a low to medium risk to sensitive animals as piglets, sows, boars and horses. AFB1 was detected at an average of 6 μg/kg, which represents a medium risk for dairy cows. ZEA levels were low, indicating a low risk to animal health and performance.

In view of the detected mycotoxins and their levels, there is a greater probability of observing negative effects of the mycotoxin cocktail (FB1, AFB1, ZEA, DON and NIV) when rations are made of more than 50% corn.

The results of Adisseo’s 2020 analysis of newly harvested corn in Brazil show that, in terms of mycotoxin contamination, the quality of this year’s harvest is cause for concern. However, supplementing animal feed with Mycotoxin Management products is an effective strategy for preventing the negative effects of mycotoxins on animal health and performance. 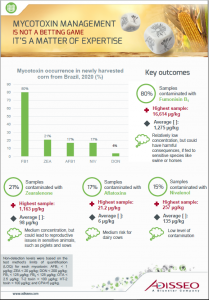 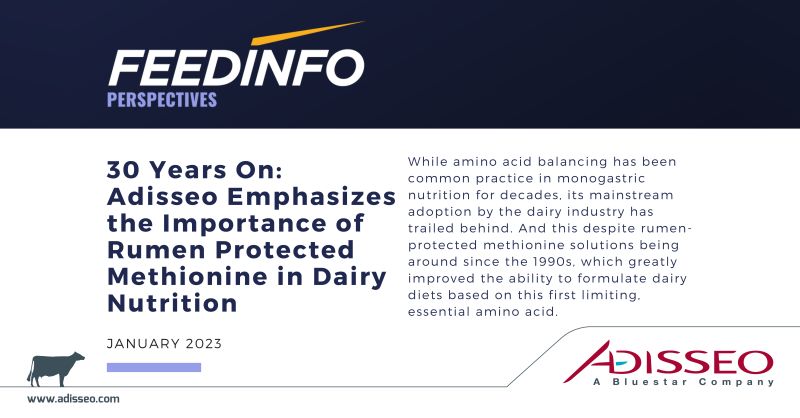 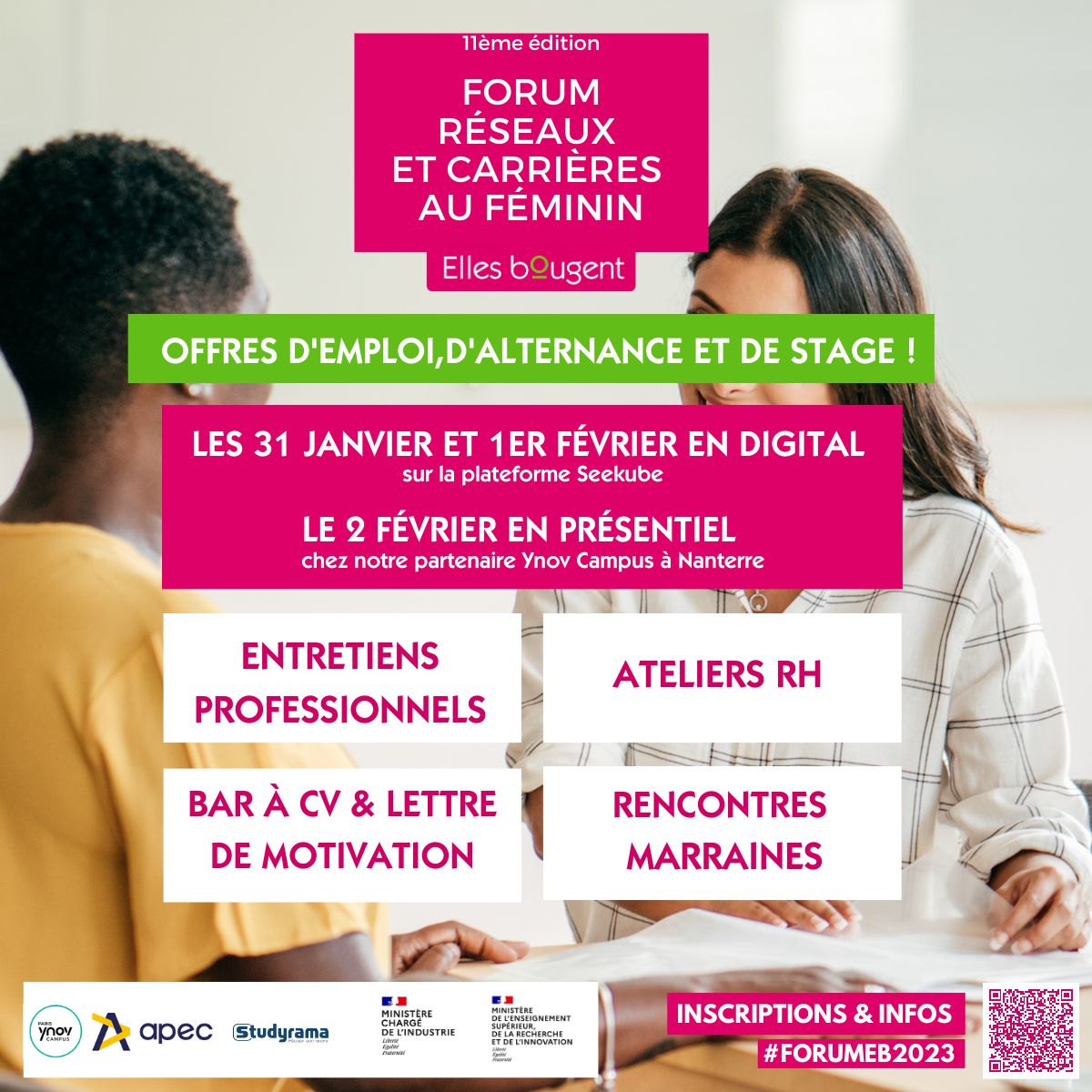